Man on his unknown course 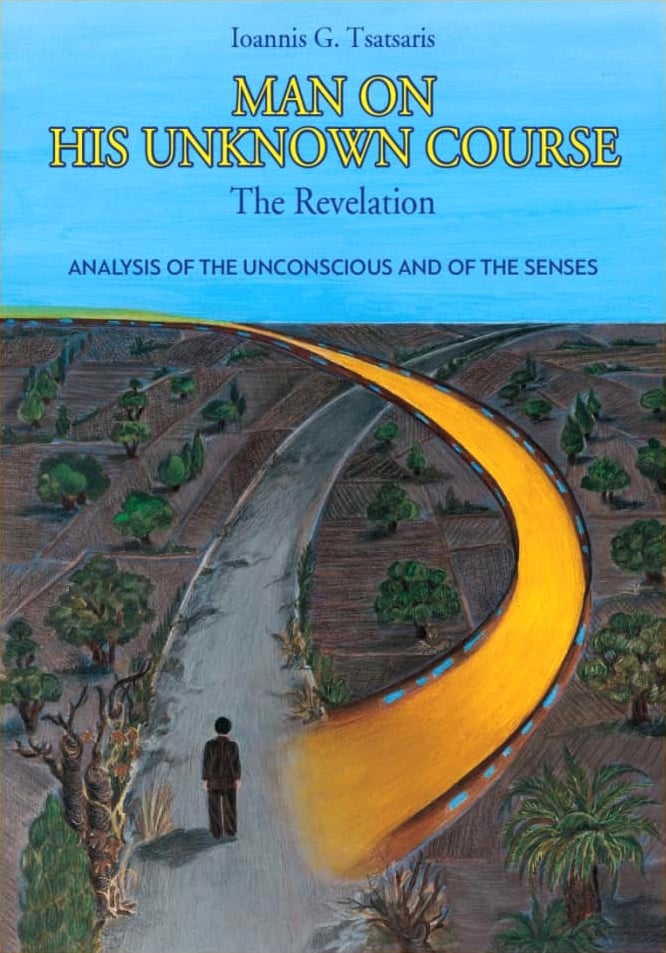 "Man on his unknown course" along with the rest of Ioannis G. Tsatsaris works, has provided valuable information for the band's members who share a true interest for rediscovering the term and meaning of life. Sun, rain in life's project "The road of life is ahead" is actually a musical attempt to record their findings and is of course inspired by Ioannis G. Tsatsaris revelations concerning the nature of man and his purpose in life. We as a band, based on our findings and conclusions each one in our own lives, we strongly urge everyone who is genuinely interested in their self awareness as a means of saving their own being, and not to promote their selves as people of knowledge and wisdom, to read the book with an open and humble mind.

A small part of the book's introduction:

" ...I have tried in this book to reveal the mystic state of the Anti-Lawful nature which is the progenitor of the position named ‘unconscious’ within every individual. The unconscious is not an individual factor that we can see as materialized or stabilized. The unconscious is an ethereal composition of Anti-Lawful nature’s biological functioning that penetrates our biological state as a functional ethereal and material element in order to determine oppositions within us. If we are not careful it will easily fetter us under the domination of illusions. To be able to have expansionist positioning and an absorbent effect upon man, it forms its influence and tutelage upon man’s senses. The senses, to which the unconscious reverts as a rule in order to entangle them, to fetter them and absorb them under its own position, are four: touch, taste, vision and hearing. The other senses coexist in these as well as their co-products. The unconscious in this way forms an organism functioning beneath man’s efforts to develop, to be created, to create and to appear to the world as someone of value.

Nevertheless, for the Anti-Lawful Order to succeed in its task, the Highest Authority of Creation has given it 20 percent of the truth to project to man, for man to believe that this 20 percent — or part of it – that he hears from others or himself observes is precisely as he perceives it. He is convinced that what is to follow or what is manifested is precisely as it appears. Within this 5, or 10, or 20 percent of the truth that man tried to know or knows, the Anti-Lawful Order embroils it own percentage, forming a whole in a representational presentation in the individual, which is in essence illusionary. The unconscious compiles and biologises the person under its persuasion of the emotive feeling arising before this representational imagery. As the person’s senses are energised by the emotive state of the persuasion of the unconscious, the individual forms his initiatives, his pleasures, his desirabilities, as well as a plan in order to operate it. Indeed, he believes that by doing all this he will feel successful. He does not, however, define an effort oriented to some result of essence which lends him perception and foresight for his course. He is in this way enchained to the quest for ‘successes’, and on encountering failure, he will attribute the guilt to others. All this work in which the unconscious engages – such a difficult concept — can in no way be conceived by the human perception nor be wholly observed in its functional and mobile condition. A portion only may be perceived, and that solely if the person is observant of the results of his every choice. This functional unconscious state has an immeasurable influence upon humanity. Man has in this way created many thematological functionalities about the determination of his life, his sacred elements, his so-called ‘godliness’ and much more, which he believes will render him the completion and success of his mission, with such certainty that although he fails conspicuously he thinks he has succeeded and will proceed to the Higher Heavens. However, only when he has left this place will he see that it is not the case. For, while he is here he has no possibility of observing where, on leaving, those go whose works appear better than his own..."